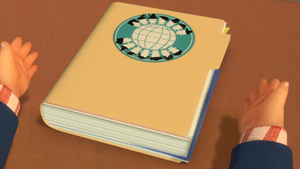 The Boss Baby: Back in Business

Scooter Buskie is a character featured in The Boss Baby: Back in Business. He debuts in the first episode of the first season.

Scooter Buskie wears a red casual T-shirt and a diaper. He has left-slicked blonde hair, green eyes, and 2 bandages (one on his forehead, and one on his left wrist). His cheeks are always flushed red.

Scooter Buskie first appeared in the episode Scooter Buskie. He caused a disruption in the neighborhood by constantly misbehaving, crying, or vandalizing people's property. This caused the town to start disliking babies, making him an antagonist. sas kall

Boss Baby planned to abduct him to reform at Baby Corp, using Jimbo as a placeholder. This disguise doesn't work, causing the former's family to call the police. Meanwhile, Tim declares that he doesn't like the idea of holding Scooter Buskie hostage and takes him back to his parents. When Scooter Buskie comes back, he's completely calm and the entire town gets to see his kind side. They forgive the letter and Baby Love is back to normal.

In Season 3, he joined the "new" field team, along with other babies.

Retrieved from "https://bossbaby.fandom.com/wiki/Scooter_Buskie?oldid=4393"
Community content is available under CC-BY-SA unless otherwise noted.